Many people want to record and save Spotify songs. Recording Spotify music with general recording software comes with problems such as repeated clicks and loss of music information. However, with TuneKeep Spotify Music Converter, you can record and save as MP3/M4A in an automatic way with ID3 tags retained.

Downloading songs or offline playback is not available for Spotify Free. With Spotify Premium, you can download songs for offline listening with Spotify app, however, the songs are DRM-protected that cannot be played on other devices or used as audio material in other apps. Therefore, many users want to record Spotify songs while playing them and save them as a all-purpose audio format like MP3.

If you record while playing Spotify music using free or paid recording software, you need to record each song one by one. It requires repeated clicks, and most of the recorders cannot keep the ID3 tags or can only preserve ID3 tags for some popular songs. However, if you use TuneKeep Spotify Music Converter, which is a professional Spotify recording software program, you can record Spotify songs, albums and playlists as MP3/M4A in bulk with just a few clicks and all music information will be retained.

Use Free Recording Software to Record Spotify Music While Playing

There are many free or paid recording software programs on Windows and Mac. Most recording software programs are easy to use. Generally speaking, the process to record a song, you need to specify the output format and output destination first, and when you start playing a song, click the "Start Recording" button. When you have finished playing a song, click the "Stop Recording" button. Then you can edit ID3 tags of the output file to add ID3 tags and artwork. Recording one or a few songs is still good, but if you want to record your favorite Spotify album or playlist, it's time-consuming.

In case that you only want to record one or several songs from Spotify, we recommend some free recording software programs below. 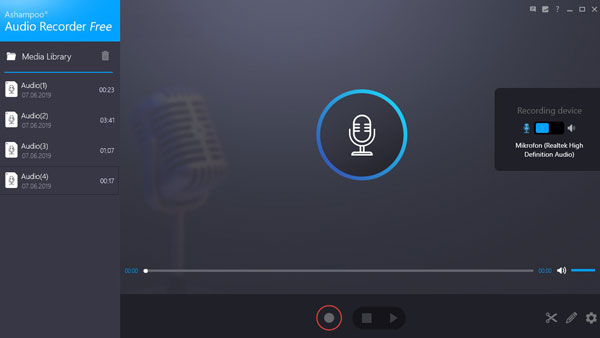 However, Ashampoo Audio Recorder Free doesn't provide ID3 tag editing function. If you want to recognize the songs easily, you may need MP3tag or other free ID3 tag editor to edit the output audio files.

Audaticy is a free audio recorder and audio editor developed from open source that integrates features such as audio recording, audio conversion and audio editing. It supports input and output formats like WAV, AIFF, MP3, AU, FLAC and Ogg Vorbis. That is, you can record Spotify music and save the recording in one of these formats. Combining multiple tracks is also easy. You can also set sound quality, add plug-ins, apply effects or analyze audio. It is said to be a standard audio editing software program. Audaticy has a built-in ID3 tag editor. You can complete it with Audaticy itself to edit the song information. 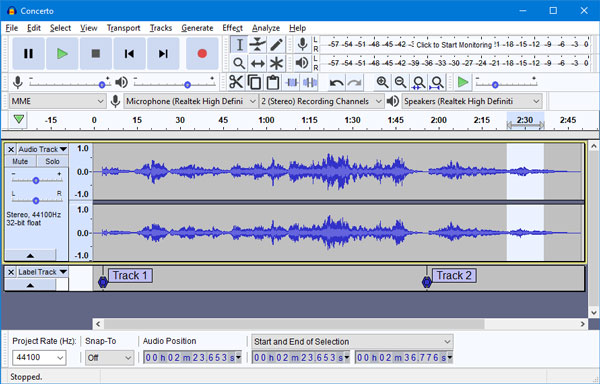 Even though it's online, you need to download and install the launch tool from Apowersoft's site before you can use it. It is the same as installing the software on your computer. After that, you can record Spotify music by setting the audio source to system sound and clicking the "Start Recording" button immediately after starting Spotify music playback. Output files can be saved as MP3, WMA, AAC, FLAC, WAV, M4A or OGG format. There is a built-in ID3 tag editor, so you can edit song information. 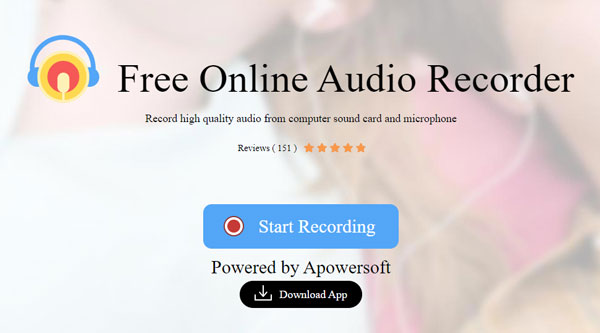 There are also many other free or paid recording software programs. However, such a recording method comes with several disadvantages which makes Spotify album/playlist recording time-consuming and impossible mission.

TuneKeep Spotify Music Converter records Spotify songs, album or playlist playing in the background and automatically record all the songs one by one with ID3 tags retained. You don't need to click repeatedly or edit ID3 tags manually. You can save as MP3, M4A, WAV, FLAC or AIFF as you like. You can avoid all the disadvantages of the general free and paid recording software introduced above.

Record Spotify Songs, Albums and Playlists in Bulk & Save Them as MP3/M4A

Here, we will show you how to record Spotify songs, albums and playlists in bulk and save them as MP3/M4A using the specialized Spotify recording software called TuneKeep Spotify Music Converter. Spotify recording is so easy that you only need a few clicks.

Launch TuneKeep Spotify Music Converter, Spotify will be launched automatically. Do not operate Spotify when recording, and do not close Spotify until the recording is complete.

There are two ways to add Spotify songs, albums and playlists to TuneKeep Spotify Music Converter for recording. Both ways are easy.

Drag & Drop: You can add music by displaying Spotify and TuneKeep Spotify Music Converter on the screen at the same time and drag & drop your favorite music, playlists or albums from Spotify to the software's interface.

Link Copy & Paste: Right click on a song, a playlist or an album on Spotify, move to "Share" > "Copy song link", "Copy playlist link" Or "Copy album link" and click to get the link. Later, on the interface of Spotify recording software, click "Add Files" button, paste the link into the input box at the bottom left of the screen, and click the Add button.

No matter which way you use, all the songs in your favorite playlist or album will be detected and displayed as a list in checked status. If you have some songs you don't want to record, just uncheck the songs. Then click the Add button to add to Spotify conversion list.

Now we have shown you how to record Spotify music automatically. By using TuneKeep Spotify Music Converter, you can avoid the disadvantages of non-specialized Spotify recording software such as troublesome repeated clicks, manual song information editing, low sound quality, etc. It is convenient for both Spotify Free and Spotify Premium users. If you are also looking for a program to record Spotify songs, please do not hesitate to download free trial version of TuneKeep Spotify Music Converter.